8 Easy Steps to Make Your Parties a Little Greener

Two things that I became acutely aware of during self isolation were how much I was cooking, and how much I was throwing away. Three meals a day for two people, endless snacks, and copious amounts of alcohol (sorry mom!) had me taking out our recycling bin every other day.

In our house, we are firm believers in going green. We compost, we (I) pack leftovers for lunch where possible. I even save my used espresso grounds after I have my morning coffee so I can make body scrubs with them. But when you're home 24 hours a day constantly making waste and having nothing else to do with your time, you start thinking about the weight of your actions in conjunction with everyone else's. Literally.

According to a study done back in 2012, Canadians produce more garbage per capita than any other country on Earth. Big woof. And those in the events industry have a LOT of improvements to make. I've seen untouched platters of food dumped in trash bins, balloons used for a 3 hour party popped into oblivion as soon as the music winds down.

While I'm definitely no green guru, I've had plenty of time to see what works and what doesn't, and feel compelled to share my hot tips with you. Keep reading to unleash your inner eco god/goddess!

1. Consider your plates and utensils

Always go the reusable route where possible, as nothing beats real plates and cutlery. Especially now that giant events are on hiatus, it shouldn't be too much of a struggle to find enough plates to host your nearest and dearest chez toi.

However, I get it. Dishwashers break down, people are clumsy, or you may just not want people putting their mouths on your precious forks. If this is the case, consider spending the extra money and make a conscious effort to buy sustainably sourced disposable products while avoiding plastic wherever possible.

These cute dessert plates are made of bamboo, wood fiber, sugarcane pulp, and dyed with soy inks. So pretty!

These 100% natural and biodegradable serving trays are made of naturally fallen leaves of the Areca Palm tree and are chemical-free and non-toxic. Gold stars all around.

2. Give your citrus a second life post-margarita

Okay this is a hack that I've recently picked up and am eager to share with you all. In a previous blog post, I spoke about the importance of owning a citrus juicer, as lemon and lime juice are paramount to so many cocktails (and the bottle of store bought stuff is not the same!) But what to do with the peels post-juicing? While Toronto's public waste management allows for citrus to be disposed of in the compost bin, most municipalities do not.

But before you toss those peels in the garbage, consider using them as part of a 100% natural and safe cleaning solution! I keep a 1 litre closed mason jar filled halfway with white vinegar under my kitchen sink. Each time I use a citrus fruit (for the many cocktails I consume) I toss the peel into the jar of vinegar. Once this solution has sat under my sink for about a week, I strain it into a spray bottle and that's it... you've got an all purpose cleaner that is safer than GreenWorks and smells much more pleasant than cleaning with straight vinegar. And if you've never cleaned with vinegar before (than you clearly don't have a Bubby...) don't worry, the vinegar smell evaporates fairly quickly.

If you follow me on Instagram and watch my stories, you may have come across my tiny Toronto apartment-sized indoor garden that houses plants that I regularly use for cooking/concocting. The majority of those plants did not come from store bought seeds, and were actually planted from food scraps.

Also reuse your old beer cans, takeout containers, etc as seed starters when you're starting out! Transplant them to bigger containers as they grow. Just make sure you poke holes in the bottom of any containers where you'll be growing plants that require drainage.

There's a ton of fruits, vegetables and herbs that will actually regrow themselves with just the help of some water and soil (sometimes not even soil!) If you're cooking for a large number of people, consider setting aside the bits and ends of your produce that you'd normally throw away and plant them for future use.

Just in case nobody has informed you yet, burning paraffin wax candles is like... really really bad. Rather than explain, I'll let this Pinterest graphic explain why.

My mom started to implement a new rule a few Christmases ago -- don't show up unless you bring a takeaway container.

If you're throwing the right kind of party (i.e. the kind of party that I want to be at) then you will have leftovers. And while it's tempting to wrap up that whole tray of untouched goodies and toss them in the fridge, there's only so many times you'll dig into the same rice pilaf before you'll get sick of it and leave it to wither in the fridge. Spread the wealth and let your guests pack a doggy bag.

7. Say No to Confetti

Many venues have a NO CONFETTI rule for a reason. It's the worst to clean up, it's super unnecessary, and it's also often made from non-renewable sources. If having confetti is a non-negotiable for you, consider going the trendy dried flower route and use one of these natural alternatives instead: 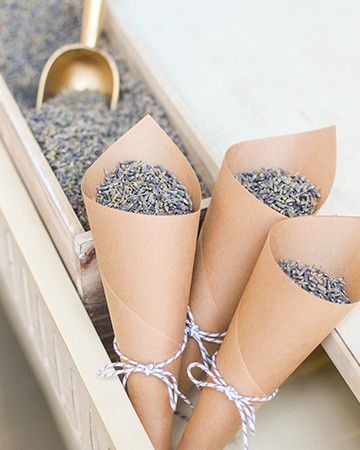 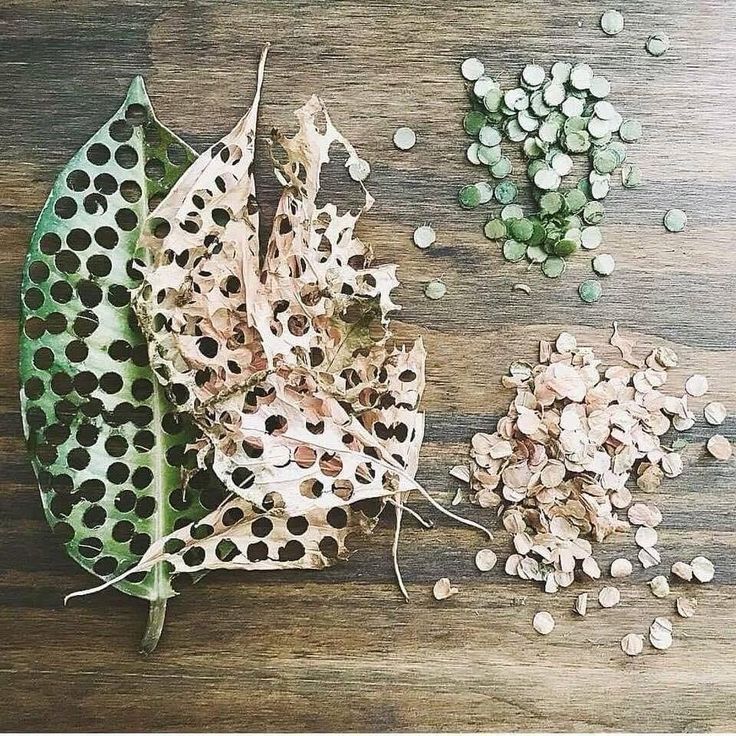 Speaking of dried flowers... what a great way to go green in style. When cared for properly, they'll outlast even your longest parties. Click here to see how dried flowers can be used to create an unexpectedly contemporary look.

No flowers? No problem. Here's a tutorial to show you how to DIY your own paper palm fronds with recycled paper. 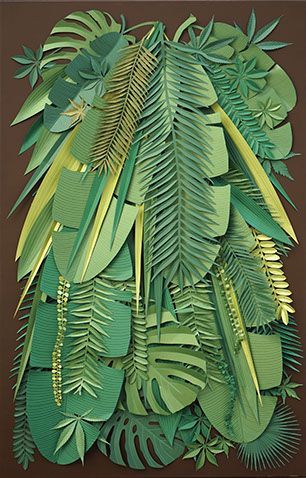 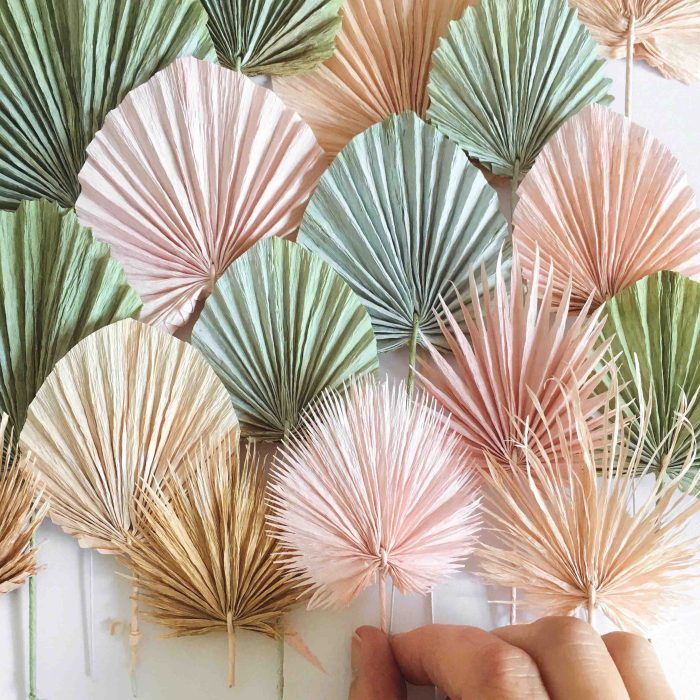 Not down for paper decor? All good. Lighting is a great eco-friendly way to set the vibe. Whether they're tiny twinkly lights or bold bistro-style bulbs, string lights have the magical ability to transform any setting into a cozy, intimate space. 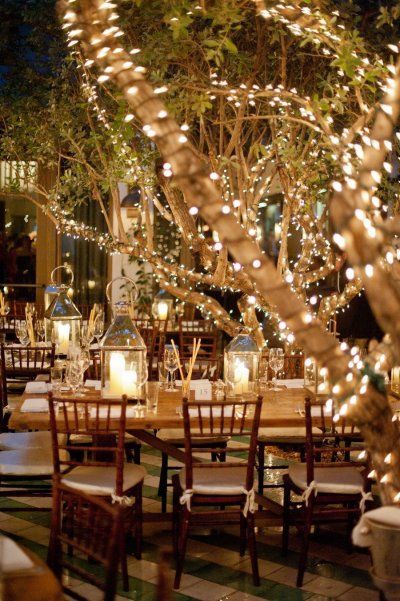 17 Easy Peasy Classic Cocktails You Should Know How to Make

5 Impressive Garnish Ideas that Up Your Home Bar Score (and keep for months!)

7 Basic Bottles to Keep Stocked in your Home Bar